At the beginning of her career, she serves as Sub Director of the Social Communication Division at the Ministry General Secretariat of Government in Chile, and then she holds the position of Director. Afterwards, she works at companies of the financial sector and as advisor of institutional investors.

Since 1997 she works searching for top management executives, performing processes in Chile, Latin America and China. She has experience in executive search in different industries and functional areas, in the private and public sector. In 2000 she was recognized as “Leading Consultant” by The Economist Intelligence Unit.

She founded in 2002 an executive search Company, which since 2005 structures a new partnership agreement and changes its name to HK Human Capital S.A., and where she holds the position of Partner and Executive Director.

Two years later, HK Human Capital S.A. becomes part of Intersearch Worldwide, one of the largest executive search associations in the world, with offices in 50 countries.

She begins her career as a research analyst at Empresa Emel S.A. In 1997 she starts working at Compañía Minera Cerro Colorado (BHP Billiton), holding different positions such as Financial Analyst, Senior Business Financial Analyst and Head of Logistics.

In 2004 she becomes part of the Project Evaluation Department at BHP Billiton in Melbourne, Australia, where she was responsible for evaluating different projects from all around the world in the natural resources area. In 2005 she joins the Financial Group of Base Metals where she is in charge of performing the financial reports of all the assets of the Region.

Since 2007, she works at HK Human Capital as Senior Consultant. She has experience in executive search in different areas such as finance, construction, real estate, education and insurance, also in processes in the public sector. Since 2011 she becomes partner at HK Human Capital.

She begins her career in Marketing at Citibank N.A., where she participates in the development, coordination and implementation of multiple commercial campaigns for a wide variety of products. In 1999 she joins Trend Management Magazine, where she is in charge of the commercial and operational management of the subscription sales. In 2005 she works at Empresas Tur Bus as a commercial manager of the TV Movil division.

She joins to HK Human Capital on November 2010 as a Senior Consultant.

During these period she has developed multiples process in different industries, with special emphasis in retail, consumer goods, industrial, finance services, IT, and also supporting international searches. 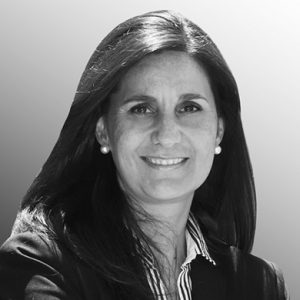 She begins her career working for Unilever, first as a Human Resources Assistant and then as Category Analyst in Trade Marketing of the Food division.

In 2003 she starts working in the search and selection of executives, both for local and multinational companies, with special emphasis in the automotive, health and consumer goods industries. During these 13 years, she has developed executive processes for the local public and private sector and other countries such as Argentina and Peru.

In 2015 she becomes part of HK Human Capital as a Senior Consultant.

Her initial experience focuses in corporate strategic communications at the company Cimagen and in the written press in the Economy and Business section of El Mercurio.

During the 11 years that she has been in the business, she has developed searching and selection processes for senior executives, specializing mainly in financial, insurance, automotive and real estate industries. She has been responsible for leading research projects in different countries, with special emphasis on countries in the region such as Brazil, Colombia and Argentina.

In 2016 she becomes part of HK Human Capital as a Senior Consultant.

Bachelor of Arts, Major in Psychology, Minor in Sociology, University of North Texas.

In 2004 she was chosen as one of 100 young leaders. Outstanding local and international athlete.

Her working experience begins in October 2009 at HK Human Capital as a Research, supporting and assisting in the searches of retail and mass consumer processes of top executives.

In 2010 she assumes the position of Junior consultant leading mass consumption processes and supporting processes in the areas of retail, health, industrial, IT and education.

In 2014 she assumes marketing projects and is Head of administration of the company.

In the beginnings of her career she worked in the area of market searching and in the selection of executives. After that, as a consultant of organizational development, she focused her work in the executive search evaluations for public and private institutions.

In 2008 she joins HK Human Capital, performing labor psychological evaluations in the processes of executive search and for the Alta Dirección Pública.

During her career, she has been involved with organizations such as Banco Central de Chile and the Fundación para la Superación de la Pobreza, working as an external consultant supporting the area of executive search.

Also, currently she is working as a consultant for the Grupo Security in the area of leadership and potential executives.

Bachelor in Psychology, Pontificia Universidad Católica de Chile, with a specialization in Clinical and Labor Psychology.

With 19 years of experience, she has been working for the last six years as Consultant in Human Resources, specializing in the selection of executives, performing technical advice for both public and private sectors.

Along her career growth, she has been related with organizations such as Servicio de Impuestos Internos, CDO Consulting Group and Consorcio as an External Consultant supporting the HHRR area.

In 2011 she joins HK Human Capital, performing psychological employment evaluations of individuals in executive search processes and for the recruitment of top level positions in government services in Chile.